Man in the Wilderness – Pt-6

You had been in the Nez Perce Reservation for 3 months, was holding to your moving campsite pattern, hunting small game and catching fish when you could. You tried to dispose of everything leaving your wanderings and campsites undisturbed appearing. 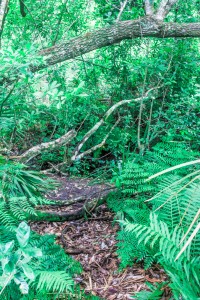 One day a squad of 10 men was seen as you were out walking following the animal trail. All were Korean soldiers armed and moving in a single column steady paced and not looking for anything or anyone in particular.

You surmised they were on random patrol or hunting for food. About an hour later you heard shots fired and you waited instead of running the other way and about ½ hour later they came back down that same path carrying a white tailed deer. So they were a foraging party after all but hunting in your woods which over time could get you detected, captured and who know what else.

You decided to move and move you did. You had gathered all your gear and took an old wheel barrow from the ranger shack stacking everything you owned in it about 300# of food, gear and stuff you’d found at the ranger station you could use and headed to your next chosen site nearly 4 miles away from the nearest road and possible troop movements.

It was tough going and the fat tire of the wheel barrow leaving no marks on the leafy ground as you lumbered through the forest.

Like before you located three suitable campsites all near water and moved once a week between them. You were out of dehydrated stores and had two boxes of MRE’s and relied on small game for primary meals. You’re once 200 pound frame had grown slimmer by 25-30 pounds and your muscles were strong and rock hard.

The USGS map located cultivation fields about 5 miles distant and showed the figure indicating a building probably a farm house and out buildings. You needed more sustenance and decided the risk was worth the reward.

You set out with your wheel barrow which to any prepper would sound ridiculous but considering you could easily haul 300 pounds in it you intended to load up with whatever food and gear you found.

The walk required 2 hours, the fields were vast and about a ½ mile away you saw the farmhouse and barn. A rusting tractor sat in the yard and a car up on blocks looking as if it had been cannibalized for parts and fuel.

You walked through head high corn rows and would help yourself to the crop on your way out. The farmhouse doors were open and the windows broken out having been looted months earlier. 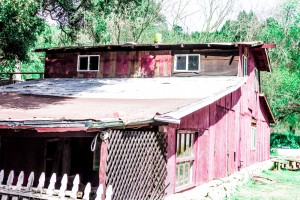 You walked inside the furniture was scattered and broken, all the dishes, pots and pans smashed and strewn about. You walked across the wood floor and detected what you thought was a different sound under a worn rug near the back door. You pulled the rug aside and saw a door cut into the floor. In their haste to loot and go the raiders didn’t bother to search well.

You opened the trap door with the ring latch and looked down inside it was a root cellar. You climbed down the six foot wood ladder and looked around. Bins of potatoes, apples, beets, cans of kerosene and dozens of jars of canned goods a veritable treasure-trove and all you had to do was help yourself. In one corner was an old side by side shotgun and about six boxes of shells you took those and you found burlap bags and filled them with apples and potatoes forget the beets and kerosene smoked and created an awful smell. You loaded six bags in your wheel barrow.

The barn warranted nothing of use and you loaded up and as you passed through the corn field plucking off 30 ears and put them into your bags.

You could sustain yourself for a few weeks on what you had besides small game and the shotgun made it possible to take down larger game like deer and pigs which you would have to spend extra time and efforts to jerk and dry the meats to keep it from spoiling.

Now was the time to make your long range plans as living like a mountain man was becoming impossible.

You sat down to try and figure what you were to do next – was it leaving the forest for foraging or leaving it altogether.

The smoke from burning fires no longer blackened the sky having extinguished them some months ago.

The foreign troops no longer moved up and down the service road that you were aware of and no patrols had been heard shooting game in several months.

What was today’s date? You often kept track of the time using your grandfathers Elgin watch which you wound every morning since he gave it to you when you graduated college years ago. But you had not been keeping track of the days and months you had been living like an animal in the woods.

You could feel the chill weather such as we would get signaling the onset of winter usually in mid-September. Had it been that long nearly 5 months since your world was destroyed?

You hadn’t been near the city to see what was left or who may still be alive, maybe it was time you did.

Lewiston was a full day’s walk from the campsites you would have to have food and water for the trek to and from and no matter what you found you definitely would return here to known areas and safety.

Provisioning yourself for a recon mission you had no experience doing may be foolish but you had to know if anyone was living and the conditions they were living under if they survived.

Man in the Wilderness - Pt-7 - Reconnaissance