Face facts no matter where in the world you live you’re going to get hit sooner or later.

Mother Nature unleashes her wrath more frequently than does man but with devastation and death quite frequently.

You are not immune to manmade strife: through pestilence, drought, flooding, bacteria, super virus, acts of terror or a glow in the dark event.

Just peer at your television news show on any given day and you will see revolts, civil unrest, wars, rumors of wars and terrorism.

Where can you escape to incase one of these events happens to you?

Getting on a major highway during a major event will get you stranded in panicked traffic for hours, wrecks, road rage and bottlenecks will happen.

We need to get you out of the city to a rural setting, away from masses of people.

For this purpose we will use a smaller metropolitan area as an example with a population under 100,000 people.

Let’s use a city in Florida where population density is high and getting out can be a bit more of a hassle than elsewhere.

Is an escape route possible? You bet it is but it requires patience, understanding what you basic needs will be , distance and travel time and your level of preparation – I will cover each of these one at a time.

Patience – during a crisis its human nature to panic and run too and fro with your hands in the air shouting “what can I do?”, what you can do is train yourself to be prepared if it does happen and to get out of a populated area to a safe location 30-50 miles away or no more than an hours drive.

Understanding – Here again you must know what has happened is it pending disaster like a hurricane or sudden like a nuke? Prepare for manmade and nature type scenario’s, leave nothing to chance.

Distance – Like I said you may live in a densely populated area surrounded by roads ways no matter where you go. Find an escape route using a series of back roads mostly two lane is best and have an alternate route ready too. Find an area away from the disaster area from 30-50 miles with abundant water sources, place to pitch a shelter and hunker down for a short stay.

Travel Time – You need to factor in travel time so think about an hour minimum to get to where you have planned out your escape route and destination.

Preparation – Remember you need to think long-term greater than a few days and have a backpack for a Bug Out ready stocked with survival necessities, a box of food that will last you and your family for a week minimum and water at least 15-gallons and a good water filter. Put these items in your car and let’s hit the road. 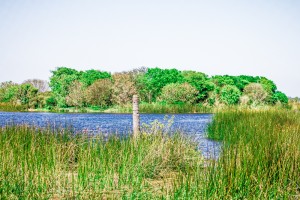 To the southeast is Alafia River State Park just over 35 miles from Lakeland.

Why? What makes this destination one we should choose?

It’s within a capable driving distance along secondary roads, has ample forestation, a stable eco system, abundant water, fishing and light hunting, abundant wood for fire and is developed for camping for long periods without undo hardships.

Alafia River State Park – Over 6,000 pristine acres with 40 miles of trails and roads, hiking, fishing, camping and safety away from looting hoards.

That is an example of getting out safely from one of the most crowded cities in America.

Man in the Wilderness - Pt-5

Man in the Wilderness - Pt-6

Tags: getting to safety