Man in the Wilderness – Pt-3

Unpacking your supplies and setting up your tent was labor intensive as every muscle you own was throbbing. You finished setting up the camouflage 4-man tent and rain fly and stowed your gear inside, you opened the portable camp chair and sat down eating another power bar and drinking all 32 ounces of water in your bottle.

Sitting down felt wonderful and you pushed your legs to their full length and crossed your ankles as you slowly gazed around at you new home. The canopy overhead was also dense and the little light it did let in was just enough to hide you from overhead observances you were not expecting anyway. 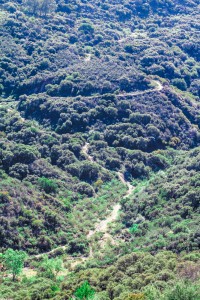 The day wore on and just after 5:00pm you decided it was time to get some rest, wake early, gather wood, porter water from the stream for bathing and purification for drinking and begin to explore your surroundings to know what was there within ½ mile of the camp.

You food stores would last 3-months with careful rationing to two light meals a day, and water was plentiful as was small and large game but a 22 rifle wouldn’t bring down a deer at least you didn’t think so. Setting snares and deadfalls were the skill sets of outdoorsman not computer geeks like you but you’d have to learn and you did bring along a US Army Ranger Survival Guide that had lots of illustrations and photos and it fit snuggly into the pocket of your BDU’s.

As you pulled the sleeping bag around your shoulders you thought of your friends and family in Boise all likely dead by now. Closing your eyes you let sleep overtake you.

You woke not realizing where you were at first then you saw the familiar color of the tent and knew. The morning was brisk and you pulled a skull cap down over your ears and put on gloves to warm your hands. The morning was just starting the dew dripped from the trees, oh yeah another source of pure water you’d have to figure out.

You stiffly opened the tent door and crawled out into the morning chill. Your watch read 6:25am and it was already light earlier than you’d anticipated and you’d slept more than 12 hours.

Zipping your coat up against the chill you knelt and pulled out your one of your food pouches to get items for breakfast.

One of the things you’d seen on YouTube was about keeping rodents and bears out of your stores by hanging it from a high branch and fixing a round metal lid above the pouch to keep rodents from climbing down the rope. You got out the 250# strength paracord and tossed it over a limb 15 feet above your head and fixed the food pounces to the attached D-rings hauling them up high overhead. Not even a grizzly on its hind legs could reach that high and the black metal 12-inch disk above it on the paracord would keep the rodent population from sharing your meals. 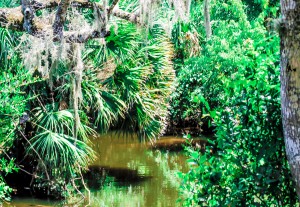 Breakfast was served after boiling water on your propane single burner camp stove and pouring it into the pouch. Scrambled eggs and bacon which looked anything but appetizing were actually quite tasty and you fixed an 8-ounce cup of black powered coffee. The remainder of the boiled water you used to brush your teeth and drank the rest when it cooled off.

One item you had purchased was a collapsible canvas pail to haul water, only 2-1/2 gallons it would be an excellent source you could hang by the handle and filter the ½ gallon of drinking water you needed for the day and use the rest for a sponge bath and cooking.

The warmth of the spring day starting could be felt and you unzipped you coat and removed you gloves stowing them in your jacket pocket.

Idaho even in May had its frigid days and Nez Perce County being only 200 miles south of the Canadian border had more than its fair share.

You remembered that when you moved here away from your family in Boise City. Your parents wanted you to live at home and go to school at Brown-Mackie College where your dad was a professor but you insisted on Lewis-Clark State College and after graduation stayed on working for a small research lab near your home and about 45-minutes from the college conducting weather analyses and forecasting.

The night schedule fit your personality and personal habits working from 3p to midnight four days and always having a long weekend off. You had plenty of time for gaming, television and going to your favorite watering hole for a beer on Friday nights. The place was usually packed with the college crowd, loud conversations and plenty of suds as it were a beer and wine bar only where you could buy a small pizza for $3 and satiate your appetites whether it was pepperoni or blond.

Sitting in your chair in the middle of the woods all you could do now was daydream of times that were and now do your best to live decently and survive the weeks and months ahead.

You decided after a few dozen YouTube video’s you could build a decent fire and you’d wisely covered you wood with a clear plastic drop cloth to keep it dry and used longer logs to raise it off the ground to keep air flowing underneath to help dryness also.

Wood from dead trees was in abundance, small blueberry and blackberry bushes dotted the landscape too and you’d be getting fresh fruit if only a handful at a time.

The stream held an abundance of life too crayfish hid under the rocks, minnows held fast to the shallows near the bank hiding from larger more predatory fish and birds, trout and small fish of non-descript varieties swam in the currents and lived in the deep and broad dammed up pond all that was needed was a nice little fishing rig and some bait. Luckily for you the list from a book you’d found at the college library has specified that too and it was in a side pouch of your Kelty Trekker 64 backpack. In fact you’d bought everything on that list down too Bic lighters and water proof matches to keep the fires blazing for well over a year.

Prepping For Shortages - Supplies and Food

Man in the Wilderness - Pt-4