Man in the Wilderness – Pt-2

Glancing at your watch you could see it was nearly 3am and you still have five miles to go. The night creatures are eerily silent as though a great hush has fallen over the area and all you hear is the crunching sounds of the gravel and dirt as you walk. It’s been what 6-hours walking so far and another 4-5 more to go before sun up. 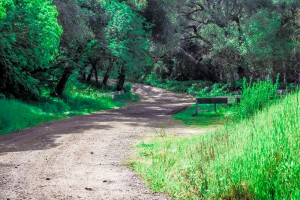 Last month you drove the route you’re now following passing a house periodically but mostly mile after mile of woods. The houses were quite a distance off the main roads across finely cultivated fields of corn and wheat and the infrequent house you passed much like the one a couple miles back just off the road by 50-60 feet.

In this darkness and silence it felt as though you were the last human on Earth but you knew that was not so.

You trudge on mile after mile and finally reach the service road and climb over the locked gate and head toward your camping area.

The glow of the rising sun would be on the horizon in less than an hour and you hurry on walking as fast as your exhausted limbs will carry you.

The night is still and the sounds of the night creatures occasionally moving away from your approach is all you hear. The service road has a steep rise not far ahead and just on the other side was an animal path that leads to a Mission Creek a deep stream crossing where the hoof prints showed it was a regular watering hole for deer, pigs and other forest creatures. Your campsite would be just 1,500 yards south of that.

The path started to get steeper and you trudged on ahead excited by the thought of how close you were and that you had finally made it closer to safety and your home for how long you would not know for some time.

You decided to stop for a few minutes sliding the Ruger 10-22 rifle off your shoulder and loosening the hip belt dropping your pack to the ground beside you.

Your legs were throbbing and relieving yourself of your burden made you feel as though you were weightless. You decided to take a few minutes, get hydrated, empty your bladder, eat a power bar and then move out again.

You awoke with a start as the sun’s bright rays hit your face. You’d unknowingly fallen asleep soon after you sat down and now it was sun up and you still aren’t at your destination less than ½ mile away.

As you suited up and clasped your pack belt and slung your rifle the pain in your legs is excruciating and all your joints and muscles hurt and getting up presents a problem but you struggled forward but walking slowly.

The stress of dealing with the explosion, leaving everything you owned and wondering whether or not you would survive to make it to safety had pushed your adrenaline level to their peak and now you were feeling the effects of the exhaustion on your muscles and nervous system.

Every step was slow and laborious and you finally reached the summit of the hill and began your decent. The animal path was visible in the bright morning sun just ahead a few hundred yards.

Glancing at your watch it read 8:20am you’d been asleep for over 3 hours and now you were almost to your new home.

As you reached the path you heard the roar of an engine in the distance but couldn’t see anything.

You ran as fast as your legs would carry you and reached a fallen tree and dropped your pack and held your rifle in your hands aiming it toward the service road some 60 yards north.

The engine noise grew louder and soon you could see the outline of a large truck rolling steadily down the service road and as it passed your position you could see a solitary driver. The military olive green and single red star on the side were clearly defined and rear was covered by canvas and as it passed you could see nothing in the back. The truck roared on and as you gathered your things to move on you tried to remember if there was a military complex nearby and to your knowledge there was none within 100 miles – strange to see a 2-1/2 ton truck ambling slowly headed east toward town. 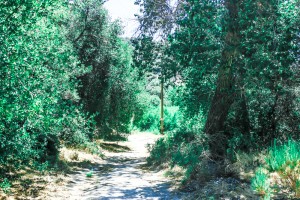 The path was narrow but well worn and you made it to the stream where it widened to form a shallow pool before cascading down a series of rocks someone piled up to form a shallow dam decades before the slimy green tendrils covering the stones as the water flowed over them.

You walked a bit east and found a place you could cross wading knee deep and saw the fish dart away as you crossed, another good source of food.

The camping location you chose was hidden in a heavily forested area on a rise the ground foliage thick and dense and it made getting through a little more difficult than the last time you were here. Finally the brush gave way to an open area that was flat on the lower side and just over 800 square feet in size.

When you were last here you had gathered large rocks you used to build a fire pit, gathered dry wood of varying sizes and stacked it nearly a cord in size to get you through chill nights the dry wood not giving off much smoke but not thinking of the smell of the campfire being detected.

The service road was just over ¾ of a mile from the campsite and anyone traveling it would smell the fire during the day so you chose to restrict yourself to a small fire behind a carefully erected wind blind that would reflect the heat back and nullify any visual signs of a blaze at any distance of more than a few dozen feet.

It’s Not Rocket Science but I’m not Carrying Rockets Anyway - Am I?

Prepping For Shortages - Supplies and Food