Man in in the Wilderness – Pt-1

Ok so you’re not a Green Beret not even a decent Boy Scout and yet here you are facing a wilderness escape route to leave a burning city behind that was your home to survive.

For the past couple of years you read books, watched internet video’s and religiously watched Doomsday Prepper’s on Wednesday nights with your pals and thankfully you had the foresight to do something wise and stop being that armchair survivalist watching adventures vicariously through others and you laid down your cold hard cash to at least gear up a To Go pack, food and a rifle for hunting and protection. 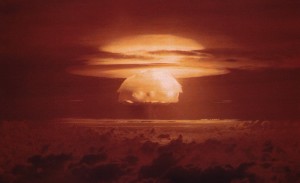 You had to swallow hard as that lump in your throat grew at Bass Pro as you plopped down the plastic for that $950’s worth of gear and freeze-dried foods but it was all quality stuff you kept telling yourself when you could have gone to a big box store for half that amount. The expense seemed to matter little now that your world had suddenly changed.

You’ve been walking steadily since it started to get dark covering just under 20 miles and that 50 pound pack is still sitting square on your back and hips not shifting or feeling too heavy; ‘thank you Kelty’. Although you’re exhausted you have to get away, much further away. You’d planned your escape route precisely by roadway driving your Jeep figuring it would take less than two hours not even 2 months prior to today’s attack. You were seeking a SAFE ZONE some 25 miles southeast of your home west of Lapwai; you bought a USGS15-minute quadrangle map of the 1,200 square mile Nez Perce Indian Reservation and areas west of Winchester, ID and using your computer navigated all roadways and terrain using Google Maps Pro and MapQuest and have pinpointed at least four areas in the woodlands that fit your criteria where you would feel safe pitching camp.

Traveling on reservation lands you knew would be safe as you had hundreds of square miles where no one lived and only sporadic housing on main roads.

Then it happened without warning a nuclear device burst above the city sending out an Electro Magnetic Pulse (EMP) that took out all electrical components including your Jeep’s electrical system so now you’re on foot with another 8 hours of walking to get to your destination.

The back roads you chose are pretty desolate and deserted, you pass few homes that are dark, no movements or barking dogs indicating they were far enough from the EMG that their vehicles were unaffected and they packed up and drove away. You are mainly traveling by night as to not be detected or accosted and if headlights or a noise is heard you have just to step off the roadway and hide in the bushes using the darkness as cover until the threat passes by and you’re free to move on.

You’d figured by traveling at night you would have about 10 -12 hours of darkness to cover your escape making 4 miles per hour but not rushing and that you’d reach your destination several hours before sun up the next morning, you’d set up your camp in a secluded area with heavy ground cover and catch some sleep. 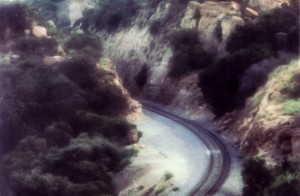 You moved south of Lapwai following the Burlington Northern Railroad tracks on a maintenance road paralleling 95 and Lapwai Creek by just over 200 feet. Then taking Mission Creek Road south you would be able to see the lights of any approaching vehicles.

You can hear the loud chugging roar of a gas generator near a main maintenance and out buildings just south of the tracks. Moving cautiously you step of the left shoulder of the road into the woods a few yards and move slowly, trying to make as little noise as possible not even thinking that the generator’s roar would cover that. Figures are moving inside passed the windows and a van is being loaded by two men looking as though they are packing the necessities to leave and drive to safety.

You are now 100 yards past the buildings and work your way back to the road, you lost 15 minutes moving slowly and just watching and have to now hurry on.

Mission Creek Road runs parallel to mission Creek north and south, it is a narrow two lane side road that passes west of the town of Winchester, ID linking to a service road that runs under power lines for another few miles then moving south you can get to your bivouac site in less than 20-minutes.

Behind you the lights of an approaching vehicle are less than a mile behind and you hurry as quickly as you can 50 feet into the woods and brush kneeling down to keep a low profile till they pass.

You hear the motor and slowly see a pickup truck not the van you saw at the house earlier. The truck isn’t going fast but it’s like they are looking for someone, three armed men piled in the back and two in the front scanning the woods. You hit the ground flat on your stomach as they move to within 100 yards of your location. You turn your head slowly watching in their direction as they go by their flashlights shining left and right high over your head and in a few moments they have disappeared from your immediate view.

You move back out onto the road cautiously in case they stopped ahead but as you do you see the red tail lights at least a mile away.

It’s strange that they seemed to be hunting for someone so soon after a nuke hit but that isn’t your immediate problem it is getting yourself to safety.

Thankfully you lived in the new housing complex a few miles outside of town near the university research lab and the blast wave didn’t blow out the windows in your apartment. You hated to think of the carnage created on the city’s 32,000 population and wondered how many had survived?

When Bugging Out has been Chosen?

It’s Not Rocket Science but I’m not Carrying Rockets Anyway - Am I?