This is not about a sudden, catastrophic event. This is a slow change that will undue life as we know it.

Life as we know it is the product of the industrial revolution. It is a recent lifestyle, however everyone reading this has been indoctrinated into it. For most of humanities existence it wasn’t like this. And it will not be like this much longer.

What the Industrial Revolution Changed

The industrial revolution, in order to succeed, required a large scale supply of workers. Workers were required to man the factories, and assembly lines. Every day, every year, every decade. This was something people were not accustomed to. For the majority of human history, people didn’t spend their lives working for others. They lived “off grid” if you will. Sure, you had to pay a sort of rent for the land you lived on, but this was usually a percentage of the crops you grew. If you wanted extra funds, you might help build a building for a few years, or you might sell some of your excess crops, or build things to sell. But working for someone else for your whole life? That was a lowly job for servants and slaves.

In the early 1600’s, the Virginia Company was trying to get workers to come to North America and work in their colonies. It was so difficult to find workers, that they came up with the indentured servant program. Now most (rightly so) think of indentured servants as slaves, but the truth is, it was a lucrative deal if all went well. The deal the Virginia Company offered in exchange for 4 years indentured servitude was a trip to the colonies, maintenance (lodging, clothing, food and medical) for the duration of the indenture, and upon completion of the 4 years, 2 hoes, three barrels of corn and 50 acres of land. Tell me where you can get a job today that in 4 years you can save enough to buy 50 acres of land…

Even with such a lucrative deal, the Virginia Company had troubles finding enough people willing to sign up. Eventually, the Virginia Company had to resort to trickery, coercion, and downright kidnapping to get workers to the colonies. When that failed, the crown started sending convict laborers, and we started having problems with the crown, Colonial plantation owners turned to buying slaves.

This shows that the idea of working for someone else long term just wasn’t attractive to the people of the time.

Then the Industrial Revolution came. At the same time, large numbers of immigrants were arriving in an America that was vastly different from the colonies of old. Land was no longer as easy to come by, so these immigrants couldn’t sustain themselves. They needed jobs, and factories needed workers. Factories offered these workers an opportunity to make enough money to buy themselves all the things the average person would grow, hunt, or craft. Because, the mass production of factories brought prices down. This made it no longer profitable for the average man to sell a few things here and there to make the extra cash he may need to buy things. Your local seamstress may have been able to make 1 shirt per day, the factory made 1,000. The local carpenter could make a cabinet in a couple days, the factory made a couple cabinets per day. And the factory products cost a fraction of the price. It didn’t take long until the local artisans had to take jobs at the factories also.

Just like the industrial revolution made laborers of us all, the digital revolution in taking it away. Automation is reducing the need for laborers. It started in the factories with automated assembly line robots, and stock pullers, and is now moving into the service sector with computerized self checkout kiosks, and touch screen ordering consoles. Recent reports show that the number of Americans no longer in the job pool is at it’s highest in decades. 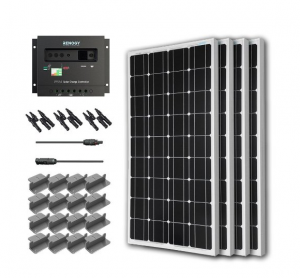 It is time to realize that being reliant on income is no longer sustainable. We need to adapt “off grid” living techniques to preserve our quality of life. Install solar panels, and wind turbines on our properties so we no longer need to pay someone else for electricity. Switch to electric cars that we can power from those same solar and wind generators so we no longer have to pay petrol companies for fuel. Return to growing food so we no longer need to buy all of our groceries from the stores. We need to be able to sustain ourselves without income so that the income we do receive can be used for things we want.

It is time for us to accept that the industrial revolution is over, and the digital revolution is ushering in a new way of life. A way of life that will force us to be less reliant on income and more reliant on our on our own survival skills. The shit is hitting the fan my friends, but it may not be the sudden catastrophic event we think. It may just be the slow, steady approach of progress.

Bugging In Your House or Apartment During the SHTF