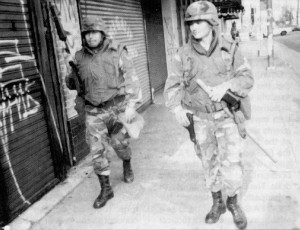 I am not talking Shit Hits The Fan glow in the dark stuff just an economic collapse that puts the world in a depression greater than The Great Depression in the United States which began in 1929 and ended in 1941.

It was created by a combination of a stock market crash, bad banking structure and tight monetary policy – just where we are today with an inflated stock market and real estate market which is also about to go bust as it did in 2008.

I expect our make believe unemployment rate of 7% which is really 15% to hit a real time high of 25% in the initial stages and increase to 30% within the first year.

The reality of what ended the Depression was when Japan attacked Pearl Harbor on December 7, 1941 and the government borrowed $1 billion to beef up its wartime military and it began an industrial boom that lasted until the 70’s when industrial production was curtailed.

What do I think SHTF actually means? When everything you know drastically changes in hours or days for an extended period (several weeks maybe) or much longer, your entire way of life has been uprooted.

I’m thinking it won’t be from external sources like an invasion or nukes falling on our heads but from martial law being enacted by the government.

How can our government control 25,000+ cities and towns, their citizens and those in rural areas – they cannot really. Think for one minute if they tried using the police in such a capacity, how would that work? 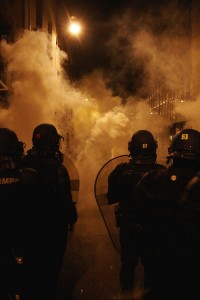 In some areas the military would be called in the National Guard in states and federal troops in larger city areas over 250,000 populations.

When people start getting pushed and tugged about, brutalized, their guns and food confiscated and they are left nearly starving there will be civil disorder and chaos. When people are doing without for a week such as in a natural disaster they can tolerate conditions and adapt till power and normality returns but for 2-3 weeks chaos begins to erupt, crime, looting, robbery, rapes, and shootings all kind of civil disobedience. Mobs turn savage, more savage than you can imagine and the larger the metropolitan area the more danger will be found. Like in Hurricane Katrina many police officers will abandon their posts to protect their family and property.

The government thinks it will just activate all its active and reserve military personnel which are around 2,000,000 people. I have news for them the soldiers who will chose to protect their homes and families will likely be over 75% leaving only a modicum of a military presence.

Personally I think the entire country will disolve into chaos the first 6 months and maybe quelling the flames by the end of the second year.

If you were to take the average person and what it would require for them to survive 90 days with adequate preparation:

Add that up that’s 550# how can such mass be transported a car not likely in most, a pickup or van yes.