Why Every Home Needs an AR-15

So another crazy person on meds (that are known to make people violent) shot up another school with an AR-15. Instead of wondering how a kid who was first banned from bringing a backpack to school (because school staff was worried he would bring a weapon to school) and then was expelled from school (for threatening violence against other students) was not stopped by the FBI (who were informed that this kid was on social media saying he was going to shoot up a school). The news is now reporting that the FBI had multiple tips on this guy, and they dropped the ball on following up on those tips.

Instead of wondering how our government so completely and utterly failed to stop this, we instead try to blame the gun. I have argued with enough people online about this, and it seams that I am repeating myself far to often, so I will just put these points here.

I see this one over and over again, and it is an ignorant argument. I guess, sure. No one needs an AR-15. And no one needs a car that goes over 85mph (that is I believe the fastest legal speed limit), yet high speed crashes cause more deaths then guns. No one needs soda, or ice cream, and obesity is a leading cause of premature death. But let’s break this down further. 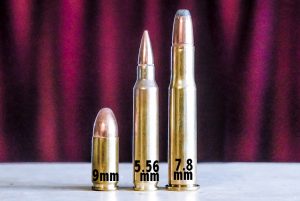 No One Needs A Gun That Fires That Fast.

An AR-15 fires once every time you pull the trigger. It doesn’t fire any faster then a Glock, Beretta, or any other semi-automatic pistol. It also doesn’t fire faster then an M1a1, or a Ruger 10/22, (the gun I learned to shoot with in Boy Scouts when I was 10 years old) or a Ruger Mini-14, or countless other common hunting rifles.

No One Needs That Many Rounds

The most common magazines for AR-15’s are 30 rounds. According to FBI studies, the average legal shooting has an accuracy rate of about 25%. So with a 30 round magazine, you would be lucky to hit your attacker(s) 8 times. The average home invasion occurs with more then 3 assailants. That is less then 3 rounds per person trying to rape and kill you. According to the US Military, 3 rounds of 5.56 (the ammo in an AR-15) will disable an attacker, but won’t likely kill them.

And what if you are camping, hiking, or hunting and a pack of wolves decides you might be a good meal? You better hope you have multiple 30 round magazines.

The AR-15 Is Only Good For Killing People 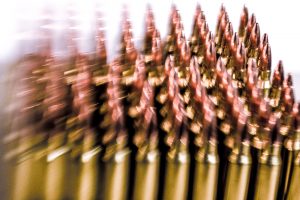 Funny, that makes it pretty good at killing animals as well. I enjoy hunting with an AR-15, and so do thousands of other hunters. It is also very good for home defense, and is great for beginner shooters to learn on.

The AR-15 has low recoil and inexpensive ammo (because the rounds are so small compared to larger hunting calibers like 30/30, .308 or 30-06). Now, you wouldn’t want to go after a Moose or a Bear with a .223 round, but it is fine for boar, or the type of deer you find around where I live.

The AR-15 is also highly customizable with the ability to make it different barrel lengths, use different stocks, grips, and optics (and even change caliber). This allows the individual to customize the weapon to what suits them best. Both my sister (who thinks 9mm has to much recoil) and her 10 year old son love to spend a day at the range shooting the AR-15.

It is because of this customization and ease of use that everyone should own an AR-15. It is the best home defense weapon, and you are responsible for your own safety. When someone breaks into your house, the police will not get there in time to save you.

Anti gun people will often say that it is law enforcements responsibility to protect you. But let’s face the facts: Law Enforcement deters crimes, and Law Enforcement investigates crimes after they happen. But unless we are talking about breaking traffic laws, seldom does Law Enforcement stop crimes in the process of being committed.

About 30,000 people die per year from guns in the USA. About 2/3 of those are suicides. There is zero evidence that changing gun laws would prevent any suicides, they would just use a different method. Many of the remaining deaths are legal, self defense shootings or law enforcement shootings.

According to the USA Today, over the past 25 years, an average of 10 students per year are slain in school shootings. (we are ahead of the curve this year…). Comparatively, 100 children are killed in bicycle accidents, yet there is no outcry to make bicycle helmets required by law.

What The Real Problem Is

The problem with gun violence among our nations youth is due to several different things working together to bring about certain children having murderous intent.

First of all, we live in a society where children are not taught how to fail. Failure can be a good thing. Failure can motivated us, and cause us to look in other directions. But we have to be able to overcome that failure. Todays youth doesn’t learn how to overcome failure. They are given participation trophies instead.

Next is a failure to teach children personal responsibility. Parents are to busy trying to be their child’s friend that they have stopped disciplining them. Recently, we had a couple and their young boy come by a business I am associated with ( I say young but this child of maybe 10 was already 4 foot tall and close to 200 pounds). While the parents were doing business, the child was down the hall playing. The child decided he wanted to play around in another room and ended up breaking some things and causing several hundred dollars in damages. The parents were informed of their deviant child’s actions, but the parents just said “well boys like to play”. It is likely the boy is in no trouble over the incident. (When I was a kid, I accidentally broke a car window, and my dad beat my behind with a belt.)

Next is a glorification of violence. Now, I am not saying that Call of Duty and Sons of Anarchy turn people into school shooters, but… If the child hasn’t been taught to respect other people, and hasn’t been taught personal responsibility, and spends all day shooting people on their TV…

Last, is the removal of God from our society. Look, I am not even saying you need to believe in God. But we teach our children to believe in Santa Claus because “He’s Making a list, and checking it twice” and we hope that that will keep our children behaving. But most children don’t believe in Santa Claus anymore after the age of 10. But maybe, if we convinced them of an all seeing God who would sentence them to an eternal afterlife of suffering if they murdered people… there might be fewer of them murdering people.

Let’s face it, High School can suck. We are dealing with children that are suddenly facing having to become adults. They are suddenly facing having to fend for themselves, get a job, pay their own way… If they are not doing well in school, they may think their future is hopeless. If they are not popular, and they have a poor home life already, they may think life is horrible. If that person they have a crush on doesn’t like them back they may be crushed because their bodies are changing and their hormones are all crazy and their emotions are out of wack. It starts to become easy to see that, if you don’t believe in divine judgement, and your current life sucks, and you think you have no future, then maybe ending it might seem like a good idea. That is why teen suicide rates have skyrocketed in the past decade. And maybe if you feel you have failed, are picked on, bullied, ridiculed, and heartbroken, those thoughts of suicide will include taking those who hurt you with you. Why does it matter? there is no responsibility. There is no judgement. There is nothing after you die. It is easy to kill. I do it all Saturday afternoon on my videogame.

When Irma’s SHTF: Lessons I Learned