It frequently occurs to me that people don’t discuss possible disasters when the news is always full of telltale information on real happenings and plots around the globe.

People shy away from the doom and gloom of everyday life and act as if it’s only a fallacy that some nut job is going to destroy our American way of life. 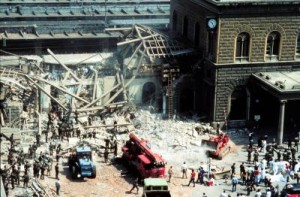 That American way of life may just end in such as a way that will shock us to the core of our being.

Terrorist groups in the middle east are blowing up their own people so it’s not always about religion it’s about the creation of fear.

A terrorist can be a home grown lad like Timothy McVeigh who killed 168 children, women and men and wounded over 500 others in Oklahoma City, or a pair of brothers who are indoctrinated with a message of hate who blow up bombs in Boston or a diminutive women wearing a vest bomb she detonates in a crowded marketplace in a foreign city killing and maiming followers of her own faith.

It’s not about religion it’s about creating fear, making people nervous at being at a crowded event, expecting the unexpected that ever so slight butterfly in our guts we feel even if only fleetingly.

A person who is willing to commit horrific acts is not uncommon and not only found in today’s world.

Look back in history 100 years when World War One was started out of outrage over the assassination of Archduke Franz Ferdinand of Austria and his wife Sophie – 15 million people would over a 4-year conflict lose their lives over the zealous religious belief and the rain of a Serbian assassin’s bullets.

Those who believe whole-heartedly in an ideology and are willing to use unspeakable violent methods to make their point is not new but has been going on for many millennia.

Our society is given a message almost the instant it happens through our media no matter how small the attack it is spread around the globe. This instantaneous distribution of information and its repeat occurrences have caused our psyche’s to become immune to the horror displayed.

We cannot allow ourselves to not be shocked by such grisly displays of mass murder we must realize those are real people being blown into pieces losing their lives, being robbed of their future and forever stealing that person from their family.

It’s an act of barbarism, an unconscionable event that should never be forgiven or forgotten.

Man in the Wilderness - Pt-7 - Reconnaissance

Man in the Wilderness - Pt-8