Preparing for another Clinton Presidency 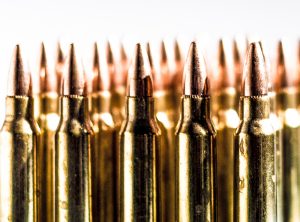 As I write this in October of 2016, it is becoming clear that Hillary Clinton has a very good chance of winning the presidential election next month. It should be no surprise to the readers of this page that the political elite in the United States of America has a strangle hold on our government. For almost 30 years, we have been given the choice to vote for two sides of the same coin. This election cycle, something strange happened. It started to look like the political elite had lost their footing. Both parties were being overwhelmed by a candidate outside the political elite. The democrats had Bernie Sanders, and the Republicans had Donald Trump. Being caught off guard, the Republicans were ineffective at abolishing their “outsider” and he became the official nominee. The political elite, knowing that they could not retain their power if neither candidate was one of them, then pulled out all stops to eliminate Bernie Sanders from the race. Therefore, Hillary won the Democrat nomination by fraud.

Since then, the mainstream media has done everything they can to promote Hillary, and smear Trump. Whether this has effectively fooled the general population, or is just a ruse to cover the the planned election fraud is unknown. But either way, it is beginning to look like another Clinton presidency is upon us.

So What Can We Expect From 4 Years of Hillary?

Many people in the pepper community and conspiracy community are screaming that Hillary is going to “take our guns”. This is unlikely. However, as anyone who lived through the first Clinton presidency will remember, we are looking at having those rights severely restricted. We can expect an assault weapons ban that will be at least as strict as the 1994 ban, and possibly as strict as California laws.

We can expect large capacity magazines to be banned. Therefore it is probably a good idea to stock up on those. We can also expect a tax increase on ammunition, so if you don’t have your 500 round minimums stocked up, now would be the time to do it. 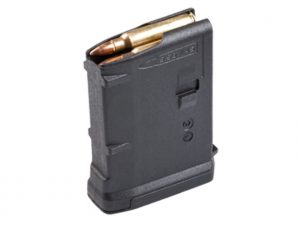 We can expect adjustable stocks to be banned or limited, as well as shorter barrel lengths. We may also see the forced implementation of “mag-lock” type systems that prevents the removal of the magazine. In places like California, failure to either modify your AR to be compliant with this, or register it as an “Assault Weapon” is illegal. It is possible that that type of law will be implemented nation wide.

I do not think much will be done for new regulations on pistols other then the aforementioned magazine capacity limits. There may be limits on the types of materials used in manufacture (eliminating much of the polymer that is popular in modern weapons), and there may be limitations on tactical add ons (like rails).There may also be new regulations on weapon size. Otherwise, I think the big concern for pistol owners is going to be magazine capacity and any new ammunition taxes. Although specialty pistol collectors may need to be concerned about possible bans on small Derringer type pistols.

The reality is, whereas Trump was a possibility for change (whether that change is good or bad depends on your leanings), another Clinton presidency just means we can look forward to more of the same fleecing of the middle class that we have seen for the past 28 years. You can call it the third Clinton term, or the third Obama term or the 8th term of the political elite. None of that really matters as long as you are prepared.

Keysmart for EDC: A Review of the Pocket Saving Keychain