This is my final insertion and what I feel will signal you to pay attention and get yourself ready to survive as best you can and a few ideas that may appeal to some who what to leave the cities and the chaos, danger and destruction behind.

Third – The federal government will become insolvent due to the runaway inflation we have had since 1971 when we went off the gold standard backing the US dollar.

Fourth – To combat street riots and quell the outrage and fright martial law will be declared and curfews will be imposed. Supporting our military, foreign troops will begin to appear in the large metropolitan areas. It would require about 20,000 troops broken out into mobile company size (100-250 men) units to control power, water, sewer, and food and water distribution. If you control these things you control life as we know it.

Fifth – House to house searches for arms and munitions for all those good boys and girls who have registered weapons will be confiscated. They wish to control resistance. 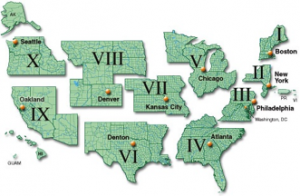 Seventh – Restriction of travel will be a biggie.

Eighth – Use of police and then eventually disbanding of all law enforcement and fire units and martial law made Law of the Land by Presidential decree of absolute power before the 2016 elections are held.

Ninth – The grocery store shelves will be barren within 3 days

Tenth – Looting will begin to take place in larger cities as citizens realize this event is going to be long term.

Eleventh – Paper money will be worthless and only silver and gold currency will be recognized – its best to have $300 (current value) in 90% silver dimes, quarters and half dollars on hand which when the SHTF will be worth far more in trade for items you may need.

Twelfth – Trade goods for barter will be the name of the game. Non-perishable foods, guns, knives, ammunition, blankets, camping gear and fishing gear.

What are the essentials you must have to prepare for this disaster?

This is where things like the Town & Country Ltd converted camper will play a huge role being able to go up logging roads in national forests in the Carolina’s and disappear for however long I can. 20’ x 20’ woodland camouflage materials can cover the van making it undetectable by air except for a heat signature if used.

Installing a roof rack for hauling and storage of items below.

The smart move is to stealth camping by moving the van every 2-3 days and leaving no traces you were ever there. Staying in one spot it’s too likely someone roaming or hiking will spot you and report your whereabouts to authorities.

This is what I meant by carts if you have to go on foot off trail away from camper van hauling survival supplies:

A large wheeled cart has the capacity for one person to easily haul without too much effort:

People think they need to set up camp, fortify a location and begin to live – wrong. It’s safer to be mobile and when there are roads and trails that are hard packed the wheels won’t leave noticeable ruts.

Keep moving during the day at least 3 miles each day and set up camp 200 yards off the trail. Secure food in net by hanging it on a high branch at least 12 feet off the ground to keep bears and animals out of your stash. Keep the food in tight clear plastic containers to contain smell and keep out insects and rodents.

If you encounter inclement weather and it’s likely in fall and late spring put out a 10’ x 12’ sheet of clear plastic suspended at four corners 3’ off the ground to gather rainwater to keep in one gallon containers for washing, purifying after boiling or adding chlorine drops. A steady rain of two hours will add 2 gallons to your sheet.

Don’t hunt game other than with a .22 or .177 caliber BB or pellet rifle because it’s silent and not detected more than 100 yards off. Taking small game rabbits, squirrels and game birds that their meat can be boiled over propane flame (no campfires – detection too easy), bury the bones and carcasses and if not discard 100 yards from camp for woodland animals to get to and destroy.

How long can you make this work? It’s really unknown but properly clothed, fed, hydrated and uninjured perhaps 3-6 months.

Reason I set a time limit you’ll run out of provisions and hunting larger game requires making shots that will be heard a long way away, requires two (2) days to dress out, cut up and another 5 days to jerky or smoke meat. It is important to realize a campfires smoke can be seen for miles.

Military or paramilitary groups will constantly be monitoring woodland areas for signs – don’t be obvious about anything or it could be your last day of freedom and in some circumstances life.

Yeah, yeah there will be those idiots that will go running to their demise and incarceration with their hands held high surrendering their food, water and protection and be herded like cattle and eventually exterminated through lack of medical supplies to people who require them to live, no triage and hospital treatment for those who become ill and for the addled and retarded, old and infirm (well).

Me I would rather live for as long as I can survive by my wits and wiles than surrender my freedoms.

Choosing a Knife – the Right Knife for Your Needs