4 Reasons Why Prepping Is A Good Idea

There is a running joke that preppers prep in case of a zombie apocalypse.  When you look deeper, people may say it is in case of a nuclear holocaust, or other extinction level event.  Although those may be a good idea, I doubt that any of that will happen in my lifetime.  However, there are other legitimate reasons why prepping is a good idea. 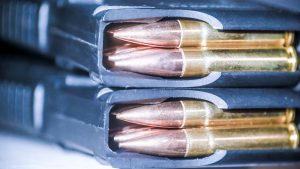 Although I doubt I will ever see a full on nuclear war, a more conventional style war is far more likely.  The United States of America has only been a country for under 225 years.  And even though many people think we will never be invaded, history shows that it will happen sooner or later.

It took over 500 years for invaders to conquer the city of Rome.  I bet you in the years before it happened, most of the cities inhabitants thought “it will never happen here”.  In the short time the USA has been a country, England invaded in 1812, Mexico invaded in invaded in 1846, and even during World War 2, Japan invaded parts of Alaska.  If you live along the coast, or near a border, sooner or later someone will invade, and you may just be the front line of defense for your country.

Many people say we are at the brink of another Civil War right now.  I do not know if that is true, but judging from the political division in this country, it is not far fetched.  It has happened before, so it can happen again.  What concerns me the most about the situation today is the militancy on both sides.  Where in the past, the left stuck to passive protests while the right kept armed vigilance, now the left has allowed violent attacks on free speech, and peaceful dissent.  I fear that this could escalate quickly.

The United States was founded on revolution.  As both parties seem to head farther to the edge of their ideologies it looks like sooner or latter one of them will fall into the extreme of said ideology and become a tyranny to the opposition.  This always leads to revolution. And it doesn’t matter what side you are on, revolution affects everyone. 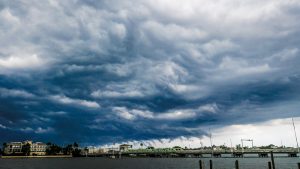 What is a more pressing matter, no matter what side of the political isle you side with, is natural disasters.  I live in a part of the country that is prone to hurricanes.  Other parts of the country are more likely to fall victim to earthquakes, floods, wildfires, blizzards or tornados.  Any one of these natural disasters can leave you in a vulnerable situation where getting to food, medical, or other necessities is extremely difficult.  This is why prepping is a good idea.

Last year, we had a close call with a hurricane where I live.  We “dodged a bullet” as they say, as we did not take a direct hit.  There was very little structural damage, and the winds only reached sustained levels of around 75 mph.  However, we lost power for a week.  Stores were closed, and thieves roamed the night stealing generators and anything else they could.

I was comfortable through it al with my food and water supplies, my battery operated lights, my propane stove, my generator, and my guns to protect my family and my belongings.

You may say that there are no aliens, but the laws of statistics say you are wrong. Some estimates say there should be thousands of civilizations in our galaxy. You may think it is crazy of us to think that aliens would be hostile. But take a look at our own history and see how we have acted toward native civilizations when we went on search of “new worlds” on our own planet.

Again, killer robots would be covered by war, but it is important to make a distinction here. Most of us are familiar with the Terminator movie series. An advanced artificial intelligence decides that we humans are the biggest threat to the planet so it tries to wipe us out. This may seem like Hollywood fiction, but many top scientists warn that this is a very real concern.

The smart prepper not only knows how to stockpile supplies, but also knows how to hide themselves from modern technology that any adversary (animal, human, or robotic) can use to hunt them.