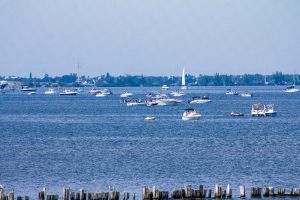 Let’s face it, there aren’t many things as important as clean water. In a survival situation, you can hunt or forage for food, but water? unless you live in someplace with a lot of rainfall, finding a clean water supply these days may be tough. Where I live, someplace has a “boil water notice” at least once a month. Whenever there is a hurricane coming, water disappears off the store shelves faster then anything. I live in a place that is literally surrounded by water, but most of it is salty, or polluted.

Now if you are stationary, you can boil water. You can even make a crude still to desalinate water. but if you are on the move, things get tricky.

I decided to pick up a Sawyer Personal Water Filtration Bottle to add to my bug out bag for just those situations. Sawyer claims that their filter Removes 99.99999% of all bacteria, such as salmonella, cholera and E.coli; Removes 99.9999% of all protozoa, such as giardia and cryptosporidium.

Now, like I mentioned, where I live, there is a lot of salt water. We also have a lot of “fresh water” lakes. Those are well known for their brain eating ameba’s. Ameba’s are a type of protozoa, so this filter might be important for me.

The Sawyer filter does NOT remove iron, sulfur, or metals. Therefore, you still want to try to find a decent source of water to start with. 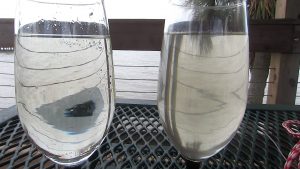 For my test, I did not do that. I don’t have fancy scientific equipment to test water quality, so I decided to torture test this water filter. I am currently on the East coast of Central Florida, and am near a brackish water system called the Indian River Lagoon.

If you watch the video, you can see that the water straight out of the river was murky and filled with debris. I wouldn’t drink it on a dare. I poured the water into the Sawyer personal water filtration bottle, and squeezed it out through the filter, and it came out pretty clear. It was a fast flow (much faster then my old britta charcoal filter). I tried the water, and it didn’t really taste great. Sawyer says that the filter won’t get rid of flavors caused by metals (and I had well water from a home near the river, and it was pretty calk full of sulfur… so there is that). Sawyer says to use powdered drink mix to deal with any taste left over from metals in the water.Overall, I think the filter did a really great job. I am glad I purchased it, and I will just be sure to not get my water from a polluted, brackish river when I do need an emergency water supply.

The Sawyer personal water filtration bottle is a pretty good price (about $30.00 on Amazon). It does a pretty good job. I would recommend picking one up for your bug out bag. You don’t want to be caught without drinkable water.