Recently I received a 30-06 hunting rifle from my son it’s a 1950’s FN Higgins rifle that was originally sold in Sears and Roebuck stores for about $100.

I was hesitant to trust its reliability after nearly 60 years and taking it to the range it fired perfectly although with bone jarring effect.

Sorry I digress, my subject is why going hunting again after so many years?

I recently went to our local grocery store to by myself a decent cut of steak which is not part of my regular diet and suffered sticker shock. The price for a pound of decent steak was over $10 a pound. It got me thinking about Bambi roaming the woods and how decades back one well placed shot helped feed mine and my wife’s family for the winter.

When I hunted in the Pennsylvania woods it wasn’t uncommon to bring down a 150 – 200 pound buck and all dressed out the different cuts of meat, sausage and ground venison could add up to over 100#. If you go to a store and visually assemble 100# of meats you’ll find it’s probably much more than what is being displayed in your meat department select cut display. 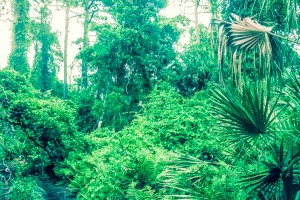 This variety of prime cuts, sausage and ground venison would be split between my family and my in-law’s because we couldn’t store it all in our freezer.

OK, I live in an apartment now, in the deep south, why going hunting again?

The same reason I used to go I enjoyed the woods and pitting my skills and good fortune on providing for my family. Now that family is just two but I have a son with a wife and two children whom I can share the bounty with and help feed them for a few months too.

For the cost of a license under $20, a rifle (have one), ammo (just takes one shot) I have acquired the ability to walk past the butcher’s display at the grocer’s and grill up something I worked hard to get tromping through the woods and placing a good shot.

Before you bleeding heart liberals cry foul – “your killing Bambi” you have never seen conditions where the deer have been so numerous they are starving for lack of enough food to cover their numbers and the herds needed thinned out – I have when the tree branches were stripped bare 5’- 6’ up, no ground foliage was visible and strewn deer corpses could be seen periodically along the highways.

So this winter I am buying a license and going out as all my ancestors and I once did and take my chances.

Home is where my ass is … RV Living

Dealing With The Loss of a Loved One