Guarding Your Home against Home Invasion 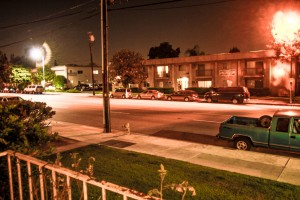 You ever wonder what’s it’s like in a real indoor firefight against an intruder?

It’s loud and it’s frightening to say the least. Let’s take a typical two story townhouse as an example.

The SHTF and people intent on pillage drive through the barriers of your gated community shooting whatever security guards are stupid enough not to go home. You are not the first buildings to be raided the high-rises to the south of the guard shack are hit first. Doors are kicked off their hinges, condos looted and inhabitants who resist killed on the spot, rapes and mutilations as these guys are high, high on meth or crack.

They get to your place and you have heard this watching in horror from you lanai. Your power is out as it is for everyone after the electromagnetic pulse (EMP). They kick in the side light and unlock the door you have moments to be armed and ready for a bloody conflict – yours or theirs.

You position yourself with your handgun and .223 at top of the landing aiming down as they rush the stairs and you begin firing the bullets tearing flesh when hit others blowing apart wood and tiles, shards ricocheting and bouncing off the walls and they are now firing back a deadly barrage of lead and you step away as bullets impact the top of stair ripping gaping holes in the walls and ceiling. The cacophony of close death is shattering your hearing and you close your eyes knowing they are advancing and you do not wish to die.

What was your mistake? 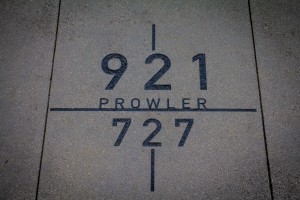 You are not combat trained for urban home defense – few people are and figure you have it under control – you haven’t a clue what you’re in store for especially in attacks by small groups.

Second, you meet the home invasion with a shotgun allowing as many intruders to enter the “kill zone” as possible and begin the ascent up the stairs. They will not be expecting resistance and will be emboldened by the relative ease of their previous break-ins and killings.

By the end of the 7th volley they should all be dead or bleeding out. Finish the volley with 30-rounds of .223 shots to the heads and don’t stop till it’s empty.

The blood will be deep and slick. Now all that is left is cleanup and dumping the bodies in the pond for the gators to feast on.

You then have to live with the fact you took a human life but you are alive.

Man in the Wilderness - Pt-8

The Changing Face of the World as I perceive it