We have a problem in this country. We are all elitists. We think we are better. Better then our predecessors.

Human civilization has existed on this planet for about 10,000 years. And for most of that time, every single person realized it was their duty to protect themselves, and their neighbors. However, over the last 50 years, we have lost that sense of duty. We fee like we are to advanced to worry about our own safety. We have police for that. We have a military for that. It is someone else problem. 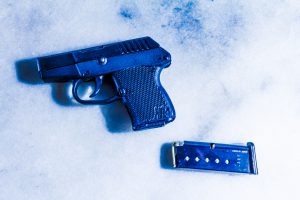 But let’s be honest. Police can solve crimes that have already happened. Police can deter crime. Police can not stop crime. When someone commits a crime, it is the responsibility of the people that are witnessing the crime to stop it.

This past weekend, a crazy person when into a mall in Minnesota and started stabbing people. I am sure someone called the 911 pretty quickly. But did the police response stop the attack? No, it was an off duty police officer who was carrying a concealed weapon that stopped the attack and saved lives.

Sure, he was a cop, but he was off duty. He was also carrying a concealed weapon. Weren’t the shoppers in that mall lucky he was there… But what if more people took their duty to protect their neighbors more seriously? What if more people in that mall had a concealed carry permit, and been armed? Would he have seen less people stabbed? I think so.

Yet it wasn’t until the 1990’s that firearms began to be seen as bad by popular culture. When I was in high school in the late 1980’s it was common to see shotguns in students vehicles in the parking lot. No one ever thought it was a bad idea. I received my marksmanship merit badge in the Boy Scouts before I hit puberty, and I owned my first gun by the time I was 13. No one thought giving teenagers a gun was a bad thing back then.

I have owned a gun now for over 30 years, and I have never shot anyone (on purpose or accident). I have stopped 3 attempted robberies of my home. Maybe I even saved my own life as well as my families. I didn’t ask the guy climbing through my window what his intent was, I just pointed a gun at him, and told him to stop where he was.

Now I have a concealed carry permit. I carry most of the time. (There are places I go that concealed carry is not allowed, so I follow the law, and don’t carry there.) You can rest assured that whether you like it or not, you are safer because I choose to carry a firearm. Maybe it is just because some people will refrain from committing a crime knowing that over 11 million people in the USA have a permit to carry a concealed weapon. Maybe it is because I am willing to lay my life down to save the lives of others in a “mass shooting” style attack.

Any true patriot should realize that it is their duty to protect their families, their friends, their neighbors and themselves. The only way to do that is with a concealed carry permit.

What Hollywood Forgets to Tell You about the Apocalypse