Bugging Out From A Difficult Location

Getting from Point A to Point B

Have you ever wondered about getting to your destination when you live in a crowded city or state? 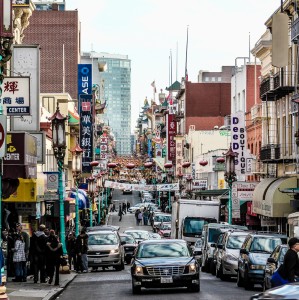 Consider places like Houston, Manhattan, Long Island, Los Angeles and San Diego, New York City, Chicago or a peninsula state like Florida where getting out may be far more difficult than you might think.

What will happen when the lights go out? Major metropolitan areas present a traffic nightmare just driving to work in the morning can you imagine millions of city dwellers panicking to get out of the city during a real emergency situation? The bumper to bumper traffic, breakdowns, road rage and accidents blocking lanes will be horrific. People will end up trapped on an unmoving ribbon of steel and concrete.

How do you cope with this nightmare? It’s not easily accepted because no one wants to abandon their lifestyle, job and home for a “what if” that may never happen.

But – the only way to truly be prepared is to make a resolution, set a date and change your location to an area where you can still work but is away from major population areas that will become mass graveyards.

What I am saying sounds like a total doomsday prediction and maybe it is just that. I would rather have given myself the benefit of the doubt, packed up my belongings, found a place where I like that is in a modest sized populated area of 50,000 or less and began a new life away from the possibility of total and utter destruction when the lights go out and you are trapped along with 10 million other desperate souls.

Bugging Out From a Hard Spot

I mentioned a peninsula like Florida earlier and it too has a distinct disadvantage in survival – massive population centers such as the southeast coast around Miami, east coast Tampa Bay, and northern area around Jacksonville and central state around Orlando. The traffic patterns are concentrated around two major arterial routes I-95 and I-75 which during a normal days travel the 500 miles lengths of interstate highways are often congested especially around major metropolitan areas making a getaway during meltdown impossibility too.

Florida’s 20 million residents will be trying alternate routes in their flight to get out of the state and finding the 2 lane routes again impossible to travel due to congestion and breakdowns and getting fuel another no go.

Here again it’s time to think about finding a place you like and can feel good about moving to and making the move.

What You Are Wearing Can Keep You Alive