A few months ago, NASA published a study showing that Antarctica is actually gaining more ice than it is losing. They made the announcement after using satellites to examine the heights of the region’s ice sheet.

The findings contradict the prevailing theory that Antarctica has actually been shrinking, however.

The paper is titled “Mass gains of the Antarctic ice sheet exceed losses” and was published in the Journal of Glaciology.

The authors of this study are from NASA’s Goddard Space Flight Center, and the cause of this ice gain isn’t entirely known, but a number of theories are mentioned in the paper. 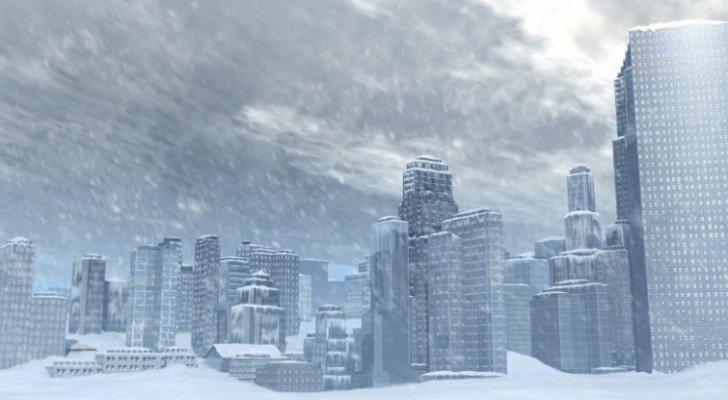 It is worth mentioning, however that NASA was blasted by dozens of their own scientists regarding their global warming stance, even though a number of the world’s top scientists have questioned just how much an impact greenhouse gases have on climate change. You can read more about that here. (source)

Perhaps there are other factors contributing to climate change?

There are many theories as to why this is so, and one of them includes the effects of supposed global warming, but not everyone agrees. That’s a completely separate topic, however, and you can learn more about it in the articles linked at the end of this article.

When it comes to climate change, a lot of emphasis is put on human activity, and rightfully so, as our ways here need to change. Perhaps in our fervour to discover our own culpability in this shift, however, we missed a few things along the way?

What about the natural cycles of climate change Earth experiences, and has experienced? It’s a scientific fact that fluctuations in the solar cycle impact earth’s global temperature, as do other massive bodies flying in and around our solar system.

The most recent research to examine this topic comes from the National Astronomy Meeting in Wales, where Valentina Zharkova, a mathematics professor from Northumbria University (UK), presented a model that can predict what solar cycles will look like far more accurately than was previously possible.

She states that the model can predict their influence with an accuracy of 97 percent, and says it is showing that Earth is heading for a “mini ice age” in approximately fifteen years.

According to the Royal Astronomical Society (RAS):

A new model of the Sun’s solar cycle is producing unprecedentedly accurate predictions of irregularities within the Sun’s 11-year heartbeat. The model draws on dynamo effects in two layers of the Sun, one close to the surface and one deep within its convection zone.

Predictions from the model suggest that solar activity will fall by 60 per cent during the 2030s to conditions last seen during the ‘mini ice age’ that began in 1645. (source)

Zharkova and her team came up with the model using a method called “principal component analysis” of the magnetic field observations, from the Wilcox Solar Observatory in California.

Looking forward to the next few solar cycles, her model predicts that from 2030 to 2040 there will be cause for a significant reduction in solar activity, which again, will lead to a mini ice age.

In cycle 26, the two waves exactly mirror each other – peaking at the same time but in opposite hemispheres of the Sun. Their interaction will be disruptive, or they will nearly cancel each other.

We predict that this will lead to the properties of a “Maunder minimum.” Effectively, when the waves are approximately in phase, they can show strong interaction, or resonance, and we have strong solar activity.

When they are out of phase, we have solar minimums. When there is full phase separation, we have the conditions last seen during the Maunder minimum, 370 years ago. (source)

Pretty interesting to think about it, isn’t it? With so much attention being paid to the warming of our planet, it would be quite a shocker to suddenly enter into an ice age.

This information has been made available by Ready Nutrition

7 Jobs That Are Going to Survive the Next Economic Crash

Snowmageddon 2016: When the Snow Hits the Fan | A Foreshadowing