When I use the name Bubba that isn’t meant as a derogatory term and was a common name in the area around Franklin North Carolina where some of my informative years were spent among the hill people. The “hill people” were rural mountain folks who didn’t have a lot of education, wealth or weren’t social climbers but hit the heights when it came to “how to live smarts”.

These people don’t warm up to strangers much but after a good deal of time being a neighbor I got to know them. The Stanley family was a big one with lots of kids and grandkids, the family patriarch ‘Mr. Stanley’ was a kindly man who had lost one eye in his 40’s and sat on his porch on a small rise above where I would catch the school bus in the morning on my way to school. When it rained we kids would sit on his porch and he would talk to us about life.

Mr. Stanley’s wife would offer us a warm fresh made biscuit which was just about the best thing I had ever tasted. Mrs. Stanley kept everyone in line and even her older boys who were the town ‘scrappers’ getting into fights at the drop of a hat, seems those boys took insult if you even looked their way. The boys at the bus stop were ages 14-16 and avoided them whenever we could.

The Stanley’s owned their land and farmed it to eke out a meager bit of sustenance in food and it was said back in the hills they were ‘moonshiners’ but I paid no never mind to that as half the folks I knew cooked corn liquor to earn extra cash.

The good part of my upbringing was learning to hunt. I would go out with the boys a few years my senior cook hunting. We would wait around a small fire hearing the baying of the hounds till they would tree a coon or possum and we would go in the direction of the ruckus and the boys would shine a light up into the tree spotting the treed animal and another boy would shoot knocking it out of the tree and would pick it up and put it into his canvas sack after gutting it and cleaning out its insides. It would be cut up into a stew pot with potatoes and other vegetables.

Now the idea of eating possum may not sound appealing but let me tell you however they cooked it that stew was warm, nourishing thick and tasted great. 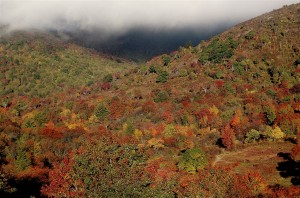 These boys weren’t my ‘friends’ they knew me as a neighbor kid and let me tag along paying me very little attention except to teach me how to make a fire and how to extinguish it when we left the camp. They taught me how to gather and find dry wood after a rain storm, how to stack tinder and use flint and a pocket knife to ignite a spark and blow gingerly on the tinder to start a flame adding smaller sticks and then larger as the flame took hold.

Fire was an important lesson they would always tell me to get that flame going or you can ‘catch your death’, they referred to hypothermia where you lose your body heat and start to lose consciousness and eventually expire from the cold. These guys could get a fire roaring a less than five minute and ward of the chill of the mountain air.

These boys would walk to a nearby fallen tree turning it they would use their knives or hatchet to scrape away slivers of the dry underside making a few handfuls of ‘tinder’. They would scrape away a patch of earth about 3-feet square putting the tinder in a small pile. They next step was using a piece of flint from inside a leather pouch and an open pocket knife, using the back isde of the blade they would hold the flint close to the tinder and scrape the flint causing a spark and that spark would catch the tinder just right and cause it to smoke and in a few more tries they would raise the smoking tinder in their hands and gently blow on it catching the ember to flame and would set flame back on the ground adding smaller dry kindling as the flame would grow and them larger and larger sticks and small logs till the flames were crackling.

I was taught to take limbs from fallen trees as they were not in contact with the ground and was usually dry enough to burn good. Gathering sticks of a smaller size, then gradually larger and then smaller dry logs that would be stacked at standing angles in the flames to keep the fire burning high and warm.

It was warm and it was never long before the baying of the hounds drove us from that warmth into the dark of night after a treed creature.

Dead and Dying Before it’s Time

Here is a list of overall items I propose for a Bug Out situation and why.